"Harness the power of color to change your life. Order a copy of" 'Heal Yourself with Color'
"Order My Book Now"

Find the softness within you and give it to yourself :)

I used to think that being mean or cruel protected me, made people respect or at least fear me so that they won’t try to hurt me. I also thought that being mean was regarded as cool. This is how you become Queen B.

When I started looking inwards for my happiness I realized that was a projection of how I felt inside. A projection of the cruel self-judgement I was using against myself. I was unkind because kind people never won I believed.

I also believed that kindness was a weakness. Boy! I was wrong. I started to see how my judgement was so strong I needed to externalize it cause I couldn’t handle it, As soon as I found the fears that were driving my unkindness and forgave them I managed to find another way of living. A power in kindness that I never realized existed. I also learned boundaries which were what I needed to feel protected (I was using being mean to protect)

I learned to communicate, I learned to find compassion for myself and others. I started to see my power without feeling victimized by the people around me or the world. Find the softness within you and give it to yourself, you won’t imagine what transformation can create.

Take our 5 second quiz to find out how to bring yourself back in balance when you're feeling burnt out.

Check your inbox–it just got colorful! 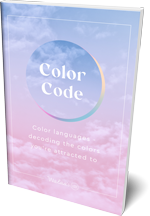 Our subconscious mind uses color to speak to us. When we are attracted to or repulsed by a certain color or more it has a message for us. It’s telling us from a deeper place about what we need for our healing. Download your copy below 👇

You have Successfully Subscribed!

We use cookies on our website to give you the most relevant experience by remembering your preferences and repeat visits. By clicking “Accept All”, you consent to the use of ALL the cookies. However, you may visit "Cookie Settings" to provide a controlled consent.
Cookie SettingsAccept All
Manage consent

This website uses cookies to improve your experience while you navigate through the website. Out of these, the cookies that are categorized as necessary are stored on your browser as they are essential for the working of basic functionalities of the website. We also use third-party cookies that help us analyze and understand how you use this website. These cookies will be stored in your browser only with your consent. You also have the option to opt-out of these cookies. But opting out of some of these cookies may affect your browsing experience.
Necessary Always Enabled
Necessary cookies are absolutely essential for the website to function properly. These cookies ensure basic functionalities and security features of the website, anonymously.
Functional
Functional cookies help to perform certain functionalities like sharing the content of the website on social media platforms, collect feedbacks, and other third-party features.
Performance
Performance cookies are used to understand and analyze the key performance indexes of the website which helps in delivering a better user experience for the visitors.
Analytics
Analytical cookies are used to understand how visitors interact with the website. These cookies help provide information on metrics the number of visitors, bounce rate, traffic source, etc.
Advertisement
Advertisement cookies are used to provide visitors with relevant ads and marketing campaigns. These cookies track visitors across websites and collect information to provide customized ads.
Others
Other uncategorized cookies are those that are being analyzed and have not been classified into a category as yet.
SAVE & ACCEPT
Shares